the United Nations General Assembly took an important step in promoting the idea that everyone deserves a decent place to live by declaring that the first Monday in October would be World Habitat Day. World Habitat Day brings awareness that:

In recognition of this eventful day, this October 1, Verde Valley Habitat for Humanity will celebrate the formal launch of their Sedona Townhome Build of a triplex of town-homes at their Peach Lane site. Jim Lawler, President of Lawler Construction and long-time Habitat volunteer, is leading the construction project.

Verde Valley Habitat for Humanity also celebrates the selection of the first homeowner to their homeownership program for the Sedona build, Yeni Caballero. Yeni was treated to a surprise by the Habitat Homeowner Selection Committee, Tania Simms Executive Director, and VVHFH staff on August 16th with the biggest and best surprise of her life; HABITAT HOME-OWNERSHIP. One of the three town-homes, being built in Uptown Sedona, will be purchased by Yeni Caballero for herself, young daughter, and elderly mother.

For Information about the Habitat Home Ownership Program Visit: https://www.vvhabitat.org/projects/apply-for-a-home/ 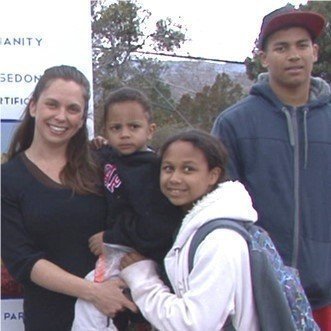 “My Habitat Home in Sedona has provided safety, security and stability for me and my children. The relationships that we formed during the process were invaluable. There are no words to describe what it means to have your own home, and I will forever be grateful to Verde Valley Habitat for Humanity, all the builders and all the volunteers who helped me get to this point.” Shandra 2015 Sedona Homeowner

©2020 | Designed and Developed by The Myss Miranda Agency